In Support of the Pacific Skyline Council’s Scoutreach Program 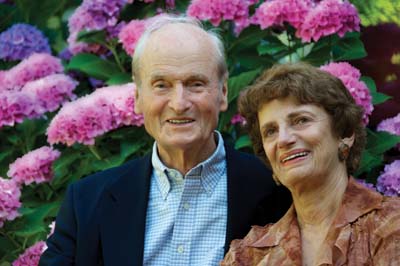 Proceeds from this event will fund the Council’s 2012 ScoutReach Program which enables at-risk youth in low-income and culturally diverse areas on the Peninsula to participate in after school, weekend and summer Scouting activities. Click here to see a video about ScoutReach.

A native of Cincinnati, Ohio, Carol attended Mount Holyoke College, received her BA degree from George Washington University in Washington, D.C. in 1960 and, in 1975, received a JD from the University of California at Berkeley. Service to others has been an important influence in Carol’s life. “I grew up in a home where one was expected to volunteer and help others and accordingly acted in every way I could to do this.” In 1960, she went to work for the Republican National Committee as a researcher during the Nixon presidential campaign. She then served on the staff of a number of prominent members of Congress and Senators on Capitol Hill for about 7 years. “On Capitol Hill, I drafted many legislative proposals addressing domestic poverty: Community Health Centers, Community Development Corporations, homeownership for the poor, etc. Because of this work, I was appointed by President Nixon to become head of VISTA (the Domestic Peace Corps)“, where she served from 1970-1971. In addition to the Director of Vista, she had one other Presidential appointment that required Senate confirmation—this one from President George H.W. Bush as Superintendent of the San Francisco Mint (1990-93). In the Nixon Administration, Carol was the third ranking woman in the entire Administration; and in the Bush Administration she was the highest ranking federal or military official west of the Mississippi River.

As a professional, Carol has been a lawyer, real estate developer, non-profit organization advisor, political consultant and fundraiser. Politically, her life has been diverse, including running as a candidate for the California State Senate, reorganizing the San Francisco Republican Party, serving on campaign staffs and supporting and advocating for many mainly in the fields of poverty and women’s rights. Carol is a talented, decisive leader skilled in motivation, organization, administration, communication, problem analysis and delegation.

Community service has continued to be a most important part of her life. She has repeatedly sought jobs and assignments where she could make the biggest difference. She has played a major role in bringing together prominent, successful people and getting them to act for the good of the community. Recently she has volunteered either as an advocate, a fundraiser or a board member of a number of organizations to work for women’s rights. “I mentor a number of younger women with their careers and work/life balance. I admire women who use their energy and time to help other younger women.”

“The lessons learned in the process of my becoming an Eagle Scout shaped my future life — creating an interest in subjects about which I knew little or nothing and the importance of intermediate recognitions, such as merit badges, in the accomplishment of a goal, becoming an Eagle Scout. In 1935, I was selected to represent my Troop at the first ever national Boy Scout Jamboree in Washington D.C. The Jamboree was cancelled by President Roosevelt, due to an outbreak of polio. Instead, the attendees made a trip around the country by train. Having grown up in Sausalito, I had never seen the rest of the country — the trip was an experience I will never forget.” This year Bob was the recipient of the National Eagle Scout Association’s highest honor, “Distinguished Eagle Scout Award.”

During Bob’s 90 years, his exceptional determination, drive and leadership skills, first evidenced in his becoming an Eagle Scout in 1935, have served him well in every part of his life. He has set a legendary standard of leadership excellence and has been honored nationally, internationally and professionally. Six college presidents (Stanford, SMU, USNA, USMA, USAFA, and USCGA) have written to Bob praising his leadership. In 2011 he received the first ever Stanford Sportsmanship Award “in recognition of your efforts to promote good sportsmanship and camaraderie within college athletics.” This past summer the U.S. Naval Academy Superintendent wrote, “Your legacy will live on for many classes to come.”

Naval Academy
At the Naval Academy, Class of 1945, Bob had a rare leadership double­–holding the highest appointive rank, Brigade Commander, and the highest elective office, Class President. After graduation in 1944 he served (during WWII) in the Pacific Theatre. After the war, Bob became a Navy carrier pilot. For 42 years he has been a Trustee of the Naval Academy Foundation. By the number, content, importance and impact of his Naval Academy involvement, Bob has defined for Naval Academy alumni, and alumni elsewhere around the country, what non-money related “giving back to one’s school” might be. In 2012, Bob was a nominee for the U.S. Naval Academy’s Distinguished Graduate Award.

Business Career
A distinguished businessman, Bob was a widely recognized and honored international life insurance executive. With offices in Menlo Park, Beirut and London, Bob represented Northwestern Mutual Life and major international insurance carriers. In 1978 he was elected President of the American Society of Chartered Life Underwriters, the life insurance industry’s highest professional rank and honor. During his tenure, Bob raised the ethical standards in the life insurance profession by stiffening its Code of Ethics and convening the industry’s first ever Ethics Tribunal.

Sportsmanship
Sports and sportsmanship across America has been significantly enhanced by Bob’s visionary, innovative and passionate leadership. Bob has raised the level of sportsmanship awareness, enhanced sportsmanship traditions and brought college families together. He has assumed a leading role nationally in promoting the sportsmanship ethic. His amazing persuasive abilities and enthusiasm have “planted seeds which will long serve future generations, inspiring them with the ethic of good sportsmanship and a love of their school.”